The Political Consequences of the Economic Crisis in East Asia

Donald K. Crone, Professor of Political Science in International Studies delivered a lecture on the Southeast Asia in MURCIR. As Crone pointed out it is a region of essential and growing importance in world affairs. South East Asia is an area enclosed by China, India, and Australia. It includes Indonesia, Singapore, Malaysia, the Philippines, Thailand, Laos, Cambodia, Vietnam, Brunei, and Myanmar. The economic competition between the U.S. and Japan brought S.E. Asia into new economic and strategic relationships.

In his lecture Prof. Crone focused on the impact of the Asian financial crisis in 1997 and the role of IMF that has had key impacts on political and economic prototype in the region. Also the rise of the security politics after the 9/11 has had important implications for some South East Asian nations and their relationship with the U.S. The basic discussion was - how will the future shape up regarding the powers outside the region that interact with it. As Crone states, with the support of China there is a new tendency to build a “South East Asian” league which would indicate a new regional identity and politics. 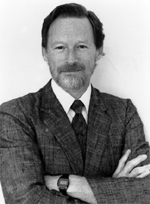